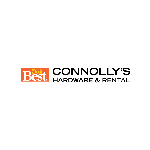 Is this your business? Claim it.
Lawn and garden services
Lawn care services

Connolly’s Do it Best Hardware & Rental has been a staple in the Fort Wayne, IN community for over 30 years. Brothers Michael and John Connolly — raised in Fort Wayne, IN — opened their first hardware store on the corner of Coldwater Road and Dupont Road in the spring of 1981.

In 1986 they opened their second location in Southgate Plaza on Pettit Avenue (which was later moved to its current, larger, location on Calhoun Street behind the shopping center). They opened their third hardware store on West State Blvd in 1995 which relocated to the historic Wells Street Corridor in 2014. Finally, their fourth location on the corner of Scott Road & Illinois Road was added to the Connolly’s Do it Best Hardware & Rental family in 2005. The inventory at each location is focused on serving the unique needs in the communities which they are located.

Connolly’s Do it Best Hardware & Rental is a member of Do it Best Corp which is Indiana’s largest privately-owned business and also headquartered right here in Fort Wayne, IN.

Do it Best Corp. is the only full-service, member-owned hardware and building materials distributor in the industry and serves a worldwide network of 4,000 individually owned hardware stores in all 50 states and 47 countries. Through affiliation with Do it Best Corp., small, local home improvement stores like Connolly’s Do it Best Hardware & Rental can offer lower prices, making it easier for them to compete with national “big box” chains. 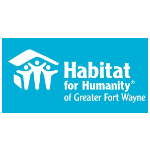